« Winner of the 2015 European Publishers Award For Photography. (…)The work is an exploration of the extraordinary technological and cultural remnants of the former Soviet Union which can still be found hidden within ‘secret’ areas in isolated parts of the former USSR – secret cities untraceable on maps; military or scientific bases where access is strictly prohibited; extensive, deserted areas that were once locations for space technology or nuclear testing. The sites resonate as symbols of a regime striving to control not only nature and the harsh environment of the sites, but also its own people – the Soviet citizens. » (extrait du texte de présentation de l’éditeur). Photos en couleurs. 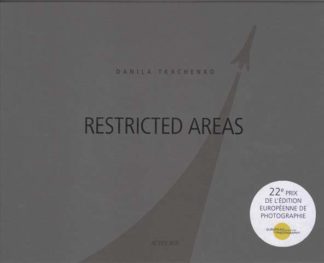