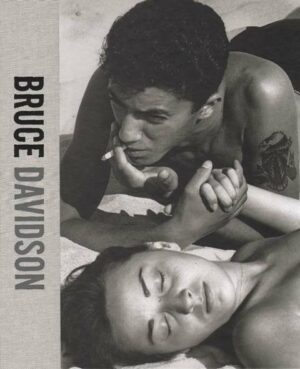 Bruce Davidson (born in Oak Park, Illinois, 1933) is an award-winning photographer whose career spans nearly sixty years. He became a member of Magnum Photos in 1958, and received a Guggenheim Fellowship in 1962, grants from the National Endowment for the Arts in 1967 and 1980, the Lucie Award for Outstanding Achievement in Documentary Photography in 2004, and a Gold Medal of Honor Lifetime Achievement Award from the National Arts Club in 2007. His work has been shown at the Museum of Modern Art, New York; Walker Art Center, Minneapolis; Palais de Tokyo, Paris; Smithsonian Institution, Washington, D.C.; and Aperture Foundation, New York.
Charlotte Cotton is an author, editor, and curator. At the forefront of the appraisal of contemporary art photography for over twenty years, she currently serves as the first curator-in-residence at the International Center of Photography, New York. In the past, she has held curatorial positions at institutions including the Victoria and Albert Museum and the Photographers’ Gallery, London, and the Wallis Annenberg Department of Photography at the Los Angeles County Museum of Art. She has been a visiting scholar and critic at institutions including Parsons The New School for Design, New York University, and School of Visual Arts, New York; California College of the Arts, San Francisco; and Otis College of Art and Design, Los Angeles. She is the author of Photography Is Magic (Aperture, 2015) and The Photograph as Contemporary Art (2014), and the founder of Words Without Pictures ; text by Charlotte Cotton, Frits Gierstberg, and Francesco Zanot, introduction by Carlos Gollonet.